Located right in the center of the Bay of Alcudia, the municipality of Santa Margarita covers an area of ​​85 km2 and a population of 8,000 inhabitants. It has three population centers: Santa Margalida, Can Picafort and Son Serra de Marina.

On the one hand, Can Picafort becomes the main town with the highest number of inhabitants and visitors, thus becoming the most important tourist center of the town. Son Serra de Marina, also plays an important role in the tourism, since it has become an idyllic place for vacation rental. Moreover, the town of Santa Margalida is the native town of the municipality and retains the characteristics of an interior village of Mallorca.

The municipality, characterized by the flatness of the terrain, comprising the coastal and inland areas. The first is occupied by an important but fragile dunes of pinewood, while the interior landscape is characterized by dry farming land, cereals and almonds.

On the other hand, its special topography has led to human settlements, which makes it the municipality with the highest number of archaeological sites on the island. The prehistoric remains that stand out are various: the Talaiot of Sa Nineta, Es Figueral de Son Real, Sa Punta des patrón and funerary circle of Son Bauló. The necropolis of Son Real and illa des Porros are the most important sites. 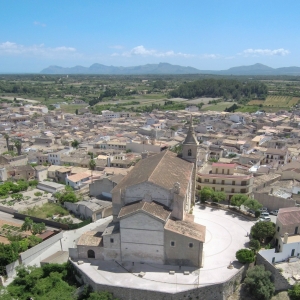 SANTA MARGALIDAInterior village
Santa Margalida is the town that gives its name to the municipality.
+ information 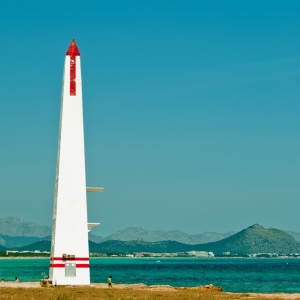 CAN PICAFORTCoastal nucleus
The term major tourist resort. It has an extensive hotel and catering offer.
+ information 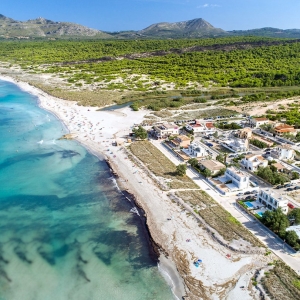 If you want to receive the latest news, follow us on social networks